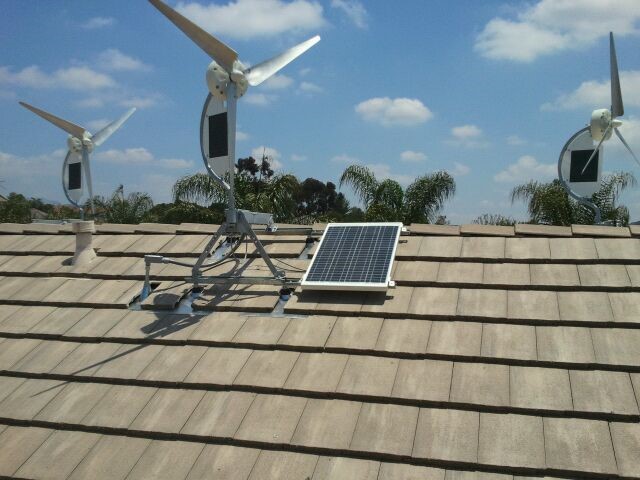 THE ANSWER TO THE POWER AVAILABILITY QUESTION

What is a Hybrid Power System?

This is an alternative approach to producing clean, non-polluting energy from two of the most abundant renewable energy sources, and are systems that combine solar power from a photovoltaic system with another power generating energy source that is wind. Solar and wind hybrid power systems are designed using solar panels and small wind turbine generators for generating electricity.

Why select a Hybrid system?

The small wind feature combined with solar panels allows for electricity generation on sunny days with little wind or windy days with or without sun, making ideal for many parts of the country during almost any conditions. Having a combination system allows one to take the most advantage of the prevailing weather conditions to maximize energy production.

How does the Hybrid system work?

Using Wind Turbines? That have large blades which are joined to rotor of a generator leading to the production of electrical energy as moves by flow of wind.

What are the applications of solar wind hybrid?

The solar wind hybrid systems are used where the load is relatively small and places where there is power shortages. This includes:

Systems need to be designed for the maximum amount of electricity that will be generated from both sources..

Other system considerations include:

The concept behind combining the two types of systems together is to try and achieve constant power production, to increase availability. The scalability of this system however, goes beyond just powering a house or any large system, but to provide a power solution for remote areas that are not fitted with an electric distribution system. This would resolve power deficiency and provide useful solutions in many locations around the globe.