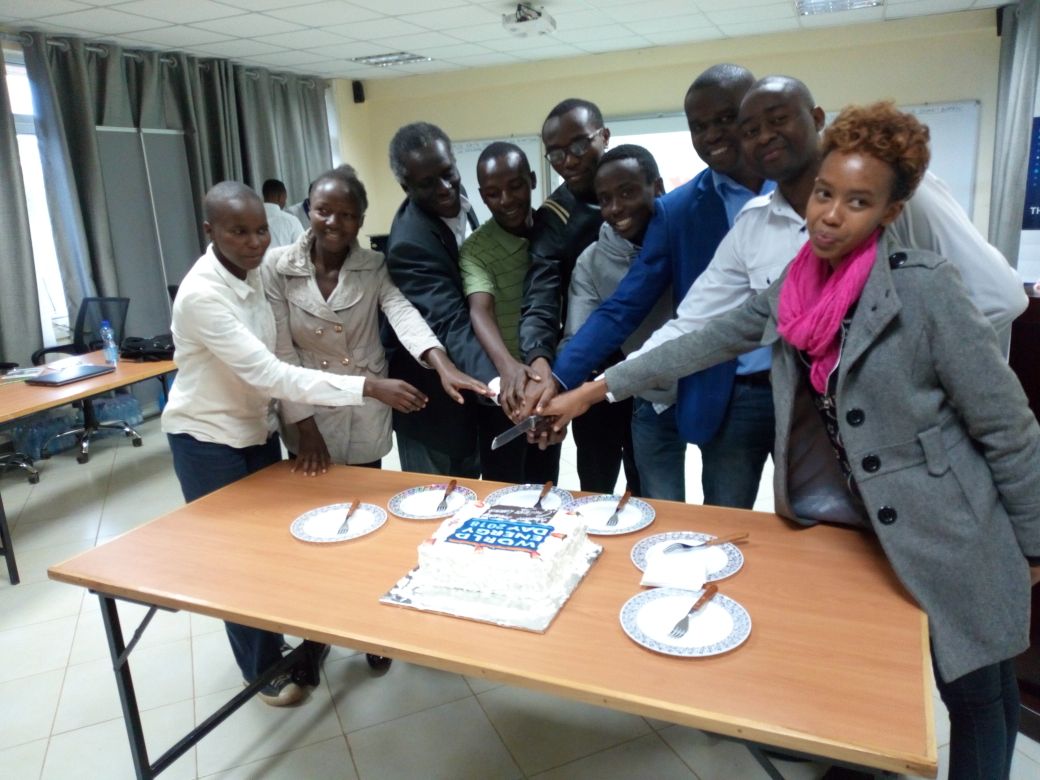 On Friday, 20th July 2018, from 2.00pm to 3.30pm, the WED Student Energy Innovation Challenge was officially launched at the JKUAT Main Campus, IPic Building, 2nd Floor, where the AEPEA board secretary, Andy Amadi, officiated the ceremony to open the challenge. The Student Innovation Challenge is one of the activities in the celebrations for World Energy Day that is globally observed on 22nd October every year. In Kenya, Eenovators are the pioneers of the World Energy Day (WED) celebrations which have been running for two years. This year, Eenovators sought the partnership of the Association of Energy Professionals in Eastern Africa (AEPEA) to organize a number of activities geared towards the WED celebrations, so as to maximize on the impact of the celebrations.

The launch began with an address from the CEO of Eenovators, Chris Mbori, who welcomed the audience to the launch and gave a brief history of Eenovators and World Energy Day. He narrated the story of how Eenovators began as an idea on an exercise book and through the support of mentors and the team at Eenovators, was able to grow it to where it is today. He reminisced of his days in university and the opportunities that had passed his fellow students by as a result of not participating. He asked the students not to do the same and to take advantage of the opportunity the WED Student Innovation Challenge offered.

Andy Amadi, hailed as the god father of energy in Kenya, gave a key note address where gave the students encouragement to be part of the challenge. He drew examples from his university days, narrating of projects that he undertook that catapulted his career in energy. He also gave examples of other entrepreneurs who through innovating while in university were able to begin multi-million dollar companies. One example he gave was of the Bidco founder, Vimal Shah, who had the idea to begin the manufacturing giant as he did his project proposal at the university. Andy challenged the students to think of solutions that would resolve Africa’s problems. He said that he was convinced that for instance, grass had the ability to be the next frontier of energy production in Africa due to its availability and its potential to be explored as an energy source.

The MC of the day and Strategy Director at Eenovators, Carolyne Gathuru, was full of energy and engaged the audience with exciting energizers and enticing gifts that had everyone on edge. She also gave a presentation on the actual Student Energy Challenge, giving a breakdown on what it was, how it works and what the students stood to benefit. She reiterated that the biggest gain the winning students would have would be the elevation of their brands as energy enthusiasts and innovators. She urged the students to participate so as to reap the benefits. After the presentations, the guest speakers and a section of the audience were invited to officially kick-off the contest by cutting the cake. A vote of thanks was then given by the Eenovators’ Human Resource Manager, Eleen Korir and the event was officially closed.

More information about the Student Energy Innovation Challenge is available on the Eenovators website http://wed.eenovators.com/index.php/innovation-challenge/