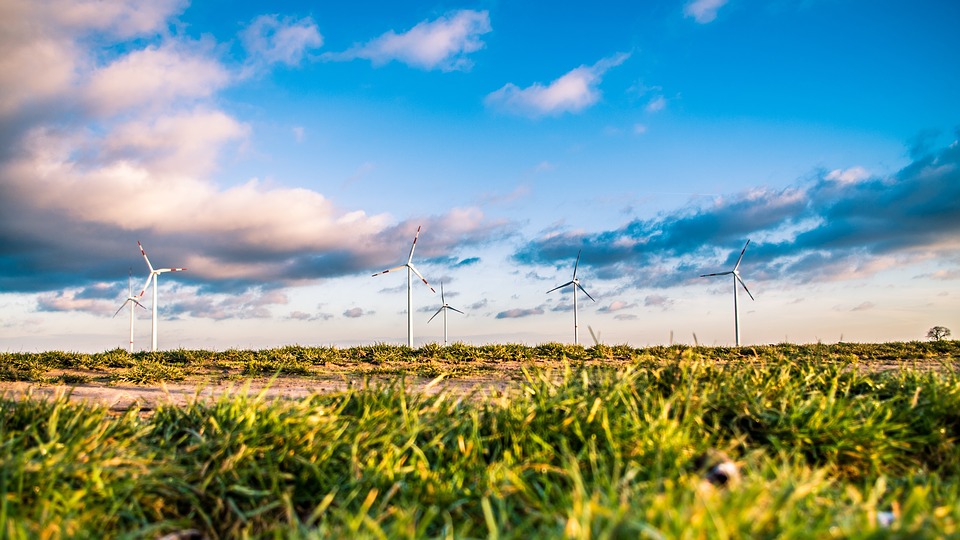 In 2018, Kenya made the ambitious pledge of 100% transition to green energy by 2020. The current share of renewable energy to the grid is 93%, a great indication that Kenya is right on track to achieving its goal. 2019 played a crucial role in catapulting Kenya’s success in tapping into the renewables.

For the first time, Kenya made it into the top five global clean energy ranking, backed by the higher contribution of solar, wind and geothermal capacity into the energy mix. Let us take a deeper look at the milestones achieved and what the future holds.

The Winds of Change

Lake Turkana Wind Farm was launched on July 19th 2019. It is Africa’s largest wind power project located in Loiyangalani District Marsabit County. It has an installed capacity of 310MW from 365 wind turbines with a capacity of 850kW each.

The project was funded by a consortium of African and European companies, with Kenya expected to buy power at a fixed price over a 20 year period. The wind farm contributes 12% to the grid boosting share of the renewables.

The Lake Turkana Wind project was a major milestone in the wind energy sector and most certainly not the last.

The Meru County Energy Park is a hybrid wind, solar PV and battery storage project. It will provide up to 80MW of sustainable renewable energy, consisting of up to 20 wind turbines and more than 40,000 solar panels and battery.

The construction of the energy park officially kicked off early 2020, a clear indication that those quiescent days in wind energy are over.

A New Perspective of Sunshine

The solar potential in Kenya is enormous with the equator running right through the middle of Kenya and much of the country is arid and semi-arid. The uptake of small scale solar systems is very common contrary to grid-scale projects.

However, in December 2019, the 54.5MW Garissa solar power farm was launched. The facility was developed by Rural and Electrification and Renewable Energy Corporation.(REREC) and consists of 200,200 solar panels sitting on 120 acres. The solar farm contributes about 2% to the grid, catapulting the contribution of renewable energy to the grid to 93%.

The future of Kenya’s solar power capacity also got a boost as two utility scale projects located in Eldoret received $106 million in funding from the European Investment Bank and the Netherlands Development Finance. The Radiant and Eldosol solar photovoltaic plants are expected to come on stream in 2020 with a combined capacity of 80MW.

Solar is expected to play a key role in Kenya’s ambition to achieve universal access to electricity for all Kenyans by 2022.

The Kenya Off-Grid Solar Access Project (KOSAP) is a flagship project of the Ministry of Energy financed by World Bank and jointly implemented by Minstry of Energy, KPLC and Rural and Electrification and Renewable Energy Corporation.(REREC)

The project aims to increase access to modern energy services in 14 underserved counties and is to be implemented in four components over a five year period. (2018-2023

The components are namely:

On 11th June 2019, the launch of the KOSAP Results Based Financing and Debt Facility under Component 2 of the Project took place. Aimed at providing incentives to private sector companies to establish operations, sell solar and clean cooking solutions in project areas.

Kenya’s keen focus on use of solar electrification set Kenya to host the 6th Off-Grid Solar Forum and Expo that took place from the 18th to 20th of February,2020.

Off-grid solar technology investments have the potential of contributing to building resilience against climate change impacts as well as providing the much needed universal electricity access to all Kenyans.

Kenya is Africa’s largest geothermal energy producer and remains unbeaten. The geothermal sector in Kenya made commendable strides in 2019.

In July the first unit of Olkaria V was commissioned injecting 79MW into the national grid. Kenya’s ranking as of July 2019, went a step higher beating Iceland to become 8th globally in world’s largest geothermal powerhouses.

By October, the Olkaria V geothermal power became fully operational with Unit II of the project being commissioned and totaling the amount of electricity generated from Olkaria V to almost 160MW.

As of November, geothermal capacity in Kenya was around 828MW contributing about 30% to the energy mix in Kenya. Kenya’s rank is expected to move up to 7th globally.

In late 2019 construction of a geothermal power plant on Menengai Crater Floor was set to start in December 2019. Three IPP’s are to set up the geothermal plants targeting to produce 105MW cumulatively.

Kenya has focused on geothermal sources of energy as it immune to the caprices of weather unlike hydro-power.

Future of the Not so Green

Despite Kenya’s great strides in going green, efforts to come up with two 1000MW nuclear plants by 2027 are underway. In 2019, The Nuclear Power and Energy Agency (NuPEA) contracted a Chinese firm- China National Nuclear Corporation (CNNC) to determine the most suitable location.

The most suitable sites for the nuclear plants were narrowed down to at the coast along the Indian Ocean, Lake Victoria and Lake Turkana.

Kenya’s NuPEA hosted the Inaugural Africa Nuclear Business Platform Conference in October 2019.The expected capacity of 1000MW was scaled down to 600MW and the expected cost rose from $4.05 billion to $4.84 billion for each plant.

Furthermore, in late June 2019 judges revoked the environmental license and ruled that authorities failed to carry out a rigorous environmental assessment and to inform local people of potential impacts.

Further setbacks came in September 2019 following a revelation by the African Development Bank, (AfDB) President Akinwumi Adesina that the bank plans to switch its funding from coal power stations in Africa to renewable energy.

Will Kenya’s first coal and nuclear plant ever be realized

Plans to decommission the diesel peaker plants are underway with the last one expected to be decommissioned in 2030. In October 2019, Iberafrica Power Plant 56MW contract ended with Tsavo Power(74MW) ending in September 2021 and Kipevu Diesel’s (60MW) contract which will run up until July 2023.

There is no doubt that Kenya’s renewable sector is the most active in the region and the march towards a greener future is onward and in full gear.