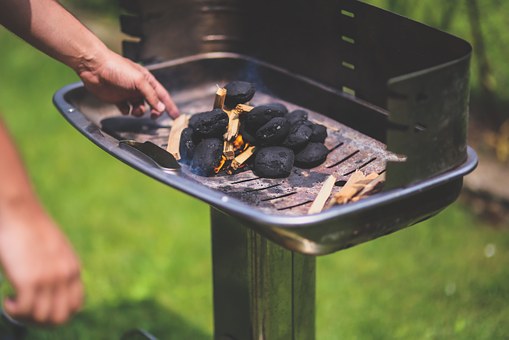 Briquettes Is So Famous, But Why?

Perhaps The ‘Hottest’ Cooking Fuel Invention For Home Use?

Briquettes comprise of a compressed block of coal dust or other combustible biomass material including charcoal, sawdust, woodchips, peat or paper, used for fuel. Briquettes are mostly used in places where cooking fuels are not easily available. In Kenya, biomass energy is the largest form of primary energy, with the ratios of energy consumed.

Making briquettes out of waste paper has become a solution to the scarcity of firewood, and a source of income for many families.

What are Paper briquettes?

Paper briquettes are the byproduct of a briquettor, which compresses shredded paper material into a small cylindrical form.

Why are briquettes important?

The biomass briquette are the most important way to get cheap and renewable fuel from the unprofitable waste. It is efficient and uniform energy production by uniform combustion, heat production with less ash or smoke production, lowest moisture content and the most important, cost effectiveness

To produce heat and electricity in a safe and eco-friendly way, the paper briquettes provide an easy and affordable solution compared to charcoal briquette which is difficult to burn as it is both hard to arrange adequate airflow through a fire of these small pieces, also it tended to be drawn up and out of the chimney by the draught, giving visible black smoke.

As there are too many environmental and economical problems found while using fossil fuels in industries like pollution, environmental unbalancing, deforestation, soil erosion because of waste, rising greenhouse gas emissions and unaffordable price of the fossil fuels.

Briquettes are usually used in boiler plants, heating plants, power stations and thermal power stations, in educational institutions and hotels as well as by individual customers for household use. It is also possible to use the briquettes in fireplaces.

How are they made?

Collect any kind of waste paper and cut into small pieces

What are the advantages and disadvantages of Paper Briquettes?

Briquettes have numerous advantages over other form of fuels which include the following:

Though briquettes have a higher potential of substituting charcoal and wood fuel the following challenges are experiences:

How do they differ from traditional forms of fuel?

These briquettes are very different from charcoal because they do not have large concentrations of carbonaceous substances and added materials. Compared to fossil fuels, the briquettes produce low net total greenhouse gas emissions because the materials used are already a part of the carbon cycle.

The briquettes burn slowly, therefore reducing the amount of fuel used, whether placed among the traditional “three stones” of an open fire or in a small “jiko” stove that heats more efficiently started making briquettes out of charcoal dust. This project contributes to the country’s sustainable development aspirations.

Briquetted paper has many notable benefits, many of which minimize the impact of the paper waste generated by a shredding system. Decreasing the volume of shredded waste allows it to be transported and stored more efficiently, reducing the cost and fuel required in the disposal process.

In addition to the cost savings associated with reducing the volume of waste, paper briquettes are more useful in paper mills to create recycled paper than uncompressed shredded material. Compressed briquettes can also be used as a fuel for starting fires or as an insulating material

Are there any success stories recorded in the country?

Three form three students from alliance boys demonstrated a creative way to make alternative fuel in Mlolongo, Machakos County. The project’s objective was to clean up the environment through waste management and reduce poverty by using the project to generate a source of income.

13 EASY TIPS TO SAVE ENERGY WHILE WORKING AT HOME

HAS THE CORONA VIRUS AFFECTED THE RENEWABLE ENERGY SECTOR?